On International Museum Day, we take a look at the evolution of America’s money and the long journey it has had to become the dollar we have today!

Whether it’s a school field trip or wandering by chance into a local art museum, we can all agree that walking past displays of paintings, archives, scrolls, weapons, jewelry and more is a whole different experience in itself. Museums are the closest we can get to time travel.

While it’s important to revisit history every once in a while, for old times’ sake, it’s also important for us to remember how far we have come in terms of evolution. That’s why we’re turning out attention to the evolution of the dollar.

Money doesn’t grow on trees, but it has to come from somewhere, right? Just like people and technology, the mighty US dollar has also undergone some major changes over the years. Here’s an outline of its journey:

The continental currency goes way back to the late 1700s. It was the first federally issued paper money. The surprise factor is that this currency was used to finance the Revolutionary War. Sadly, the currency notes quickly became devalued because of no solid backing and were easily counterfeited.

This gave rise to the phrase “not worth a Continental”. Heard of that one before? The currency depreciated rapidly and was deemed worthless by the end of the war.

This was the first transition from paper to metal currency, or as the Congress would say it, “the Coinage Act”. This act was drafted in 1792 giving the United States Mint responsibility for creating coins for public use. The act cited that money should be made from copper, silver and gold.

In 1795, the first official gold coins were minted in the United States and two new denominations were brought into existence, the gold dollar and the double eagle.

A few years past the coin age, in 1837, the Republic of Texas decided to issue paper money again. They issued a currency called “Star Money” pointing to the small star on the face of the bill. Star Money was an interest-bearing note like a Treasury Bill and had no absolute face value.

In 1838, Texas again issued a new set of change notes called the “Texas Redbacks”.  The name was coined due to the reddish color on the back of the bills.

The State Charter then took the currency up a notch from “Redbacks” by issuing a dominant currency with over 7000 varieties of color and design. The variety of State Bank Notes were supposed to be an advantage, but they were easily counterfeited, causing confusion and circulation problems. The lack of federal regulations in the banking industry caused the public to distrust the bank.

Eventually, Congress levied a tax on State Bank Notes that depreciated their value, until they were eventually phased out of circulation.

When variety had plagued the public with confusion, the Confederacy stepped in and issued notes from the Treasury of its newly formed government — while also dealing with a Civil War simultaneously.

The Confederate States of the American dollar was not backed by tangible assets, but by word. A simple promise to pay the bearer after the war. Then the war happened and it began to tilt against the Confederates. Meanwhile, the confidence in the currency diminished and inflation followed.

Fractional currency, aka “paper coins” or “shinplasters”, was introduced by the United States government following the outbreak of the Civil War. These fractional notes were used between 1862 and 1876. The currency was issued in 3, 5, 10, 15, 25 and 50-cent denominations and was used as change when people were hoarding gold and silver.

To meet the financial demands of the Civil War, the US Treasury issued paper money in the form of non-interest-bearing notes. These notes were called “greenbacks” due to the peculiar green ink that was used to print them.  The US government then placed them in circulation and used them to pay salaries and expenses incurred during the Civil War.

These notes were backed by United States bonds, issued by national banks and chartered by the United States government. Prior to the Civil War back in 1863, each state issued its own notes. The Government then stepped in and established a system of national banks.

And that’s how you got the iconic American dollar.

From being a continental currency back in 1700 to the “green” that everyone loves to carry in their pockets and blow off at stores like Target, Ikea and Pottery Barn, the American currency has come a long way. 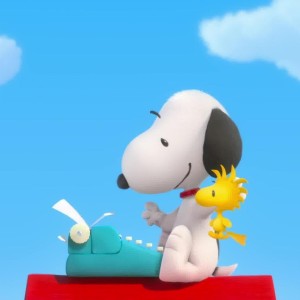